An Audience with Simon Reeve. 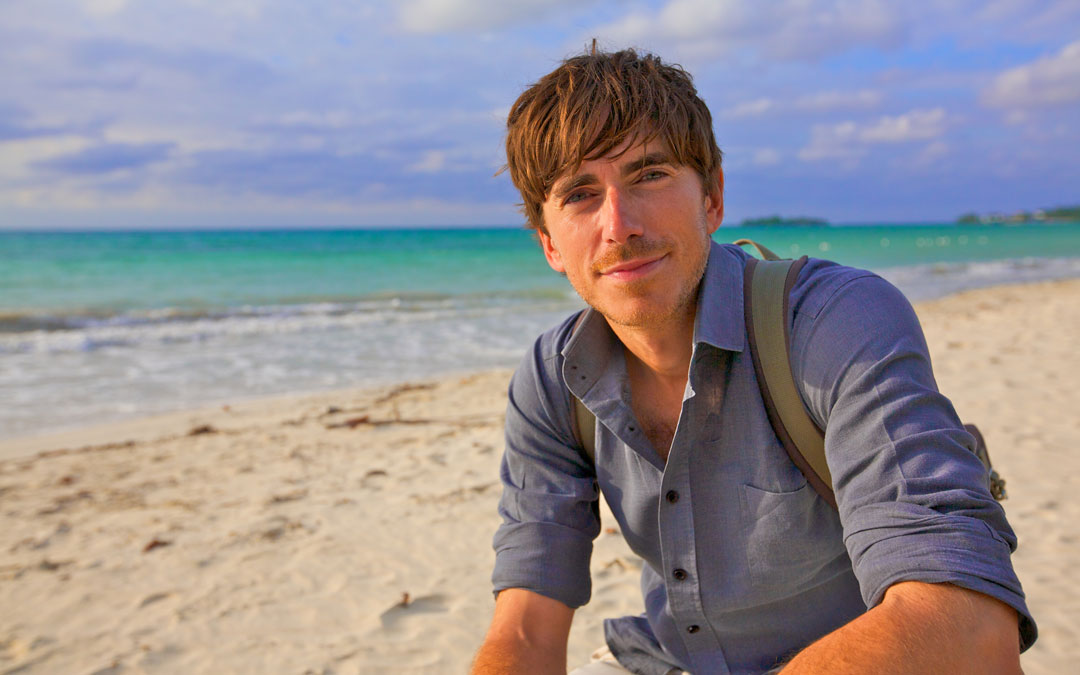 World-famous author, BBC travel presenter and adventurer Simon Reeve will be taking to the stage at Bournemouth Pavilion Theatre on Sunday 10 November as a part of his An Audience with Simon Reeve tour.

During the show, Simon will recount tales from over 15 years of travelling to the most remote and extreme corners of the planet.

Speaking about what inspired his new live show, Simon said: “I’ve had some magnificent adventures and met some of the most inspiring people on the planet. So obviously I’ve got lots of tales from my travels, and this show is a tremendous opportunity to share them with audiences across the UK. There’s a lot that I see and film that never makes it into the programmes, so there’s also behind-the-scenes stories to tell and footage to show.

“I also like doing things that are a bit challenging and nerve wracking – and performing a live show is certainly a challenge that gets the ticker going. I like the adrenaline rush.”

During the show, Simon does a live Q and A with his audience, on whether he’s enjoying this element of the show Simon said: “Definitely. And they’re great! It’s wonderful to see them, meet them, and have a chat and get some feedback. In a strange way I really like being put on the spot and I love probing questions. On stage, I just hope they’re picking-up on my enthusiasm for the idea of pushing yourself in life!”

Whilst he’ll be recounting tales from his travels, what might people take away from “An Audience with Simon Reeve”? According to Simon, “people are telling me that the live shows are inspiring them, which is completely wonderful to hear. I’d love it if people left one of the events feeling they can now climb a hill they thought was too challenging, or go on a trip they’ve always wanted to do, or do anything really that they have dreamt about and never got round to trying.

“We all need a bit of a reminder to live the life we want to live, because time is short.”

“If your goal is to break out of a rubbish job, I’ve done that. It is possible. Have faith. Give it a try. Don’t put it off. Just do it!”

As Simon imparts so much knowledge and wisdom during his shows, it’s understandable that he has some pre-show nerves.  “Walking out on stage is scarier than many of the experiences I’ve had on my travels – even the crazy ones. Imminent death doesn’t bother us as much a social embarrassment!”

However, his nerves are short-lived by what Simon wants the audience to gain from the show, with Simon saying: “I want to entertain people, but I also want to inspire them – even if it’s just a little bit.

“I want the show to prompt people to go on their own adventures and encourage them to get out of their comfort zone in life. I also want to remind people that starting from nothing doesn’t need to stop you from achieving your dreams. Everyone seems to think that to be on TV you need to have got straight A’s at public school, but I don’t come from a media family or a wealthy, travelling background, and I left my local comprehensive with basically nothing and went on the dole. I started work in a mailroom. I never went to university. Don’t tell anyone!”

Don’t worry Simon, your secret is safe with us. Not only does Simon put on a fascinating and educational show, but at times it is shocking, inspirational and hilarious! This theatre show includes exclusive multi-media footage and a 20mins question & answer session that is not to be missed.