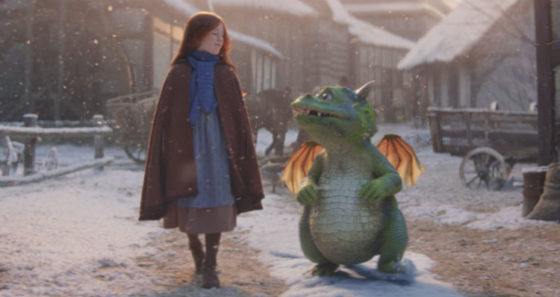 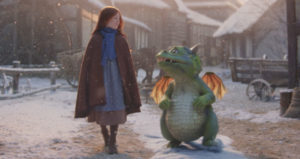 Thursday 14 November saw the launch of this year’s John Lewis Christmas Advert; the face of their Christmas advertising campaign.

This years’ campaign revolves around a little flame haired girl, and her flame throwing friend, Edgar, a dragon who can’t control the fire burning within.

The mildly breathy soundtrack to this years’ advert is provided by the frontman of Bastille, Dan Smith, who puts his spin on REO Speedwagon’s ‘Can’t Fight This Feeling’ throughout the advert.

Within the advert, the troublesome dragon which see’s Edgar, the dragon, ruin the ice skating, set fire to the village’s Christmas Tree and be ostracized from the community until Edgar’s only friend, Ava comes up with a genius idea to bring him back into the community by using his fire to keep a Christmas tradition alive by lighting the Christmas pudding.

For the past 10 years, John Lewis have become known for their unique campaigns, and what’s more unique than a fire breathing dragon at Christmas?

This is the first John Lewis Christmas campaign that has seen them partner with Waitrose; another brand within the John Lewis Partnership.

The launch of the campaign, ahead of the Christmas season has also had people draw similarities between Edgar and Frozen’s Elsa, who also has uncontrollable powers relating to the elements. It’s a great use of their campaign because a week after their launch, the sequel to Disney’s 2013 hit, Frozen. The said similarities will create some resonance with audiences and remind them that John Lewis is the perfect place for Christmas shopping, and Waitrose is where you’d need to go for a Christmas pudding… It’s a very clever technique to use within their campaign!

What do you think of it?